When Capture starts up, it uses a pre-defined default values for the application settings. These default values are defined in the Capture configuration (capture.ini) file.

If Capture is launched from a program menu shortcut or a shortcut created by the user, then capture.ini is read/written from the location specified in the 'Start in' field of the shortcut. 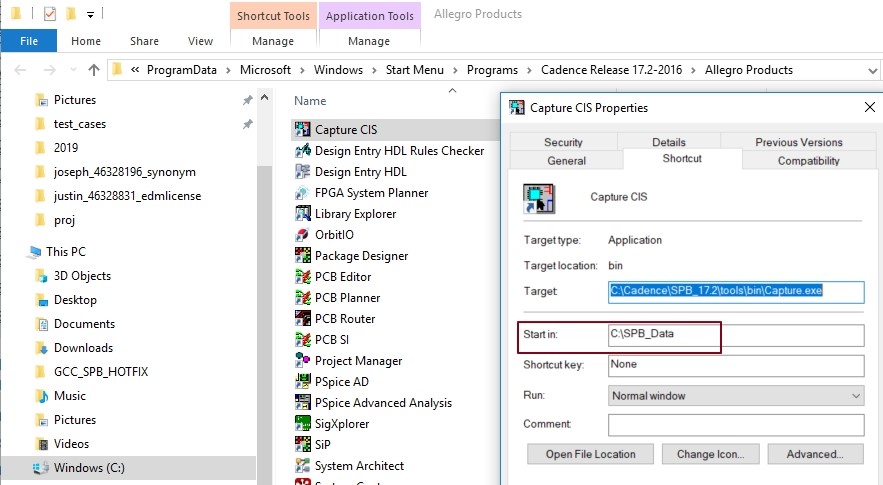 When not launched from a shortcut, by default Capture reads/writes the capture.ini file from %HOME% location.

You can invoke Capture with a different INI file that is archived from an alternate location. Capture uses the following order of preference to pick up the capture.ini file present at a location:

Preference 1:  -i switch option With the -i switch, you can force a specific capture.ini file to be used when the application launches. If you use this option while invoking Capture, the tool gives it the highest priority.

Conditions: If the HOME variable is defined in the environment variables. Behavior: If capture.ini is not present at the %HOME% location, Capture will create a new capture.ini file at this location with the folder structure %HOME%/cdssetup/OrCAD_Capture/version.  Preference 3: %USERPROFILE%

How to know from which location Capture is picking the capture.ini file?